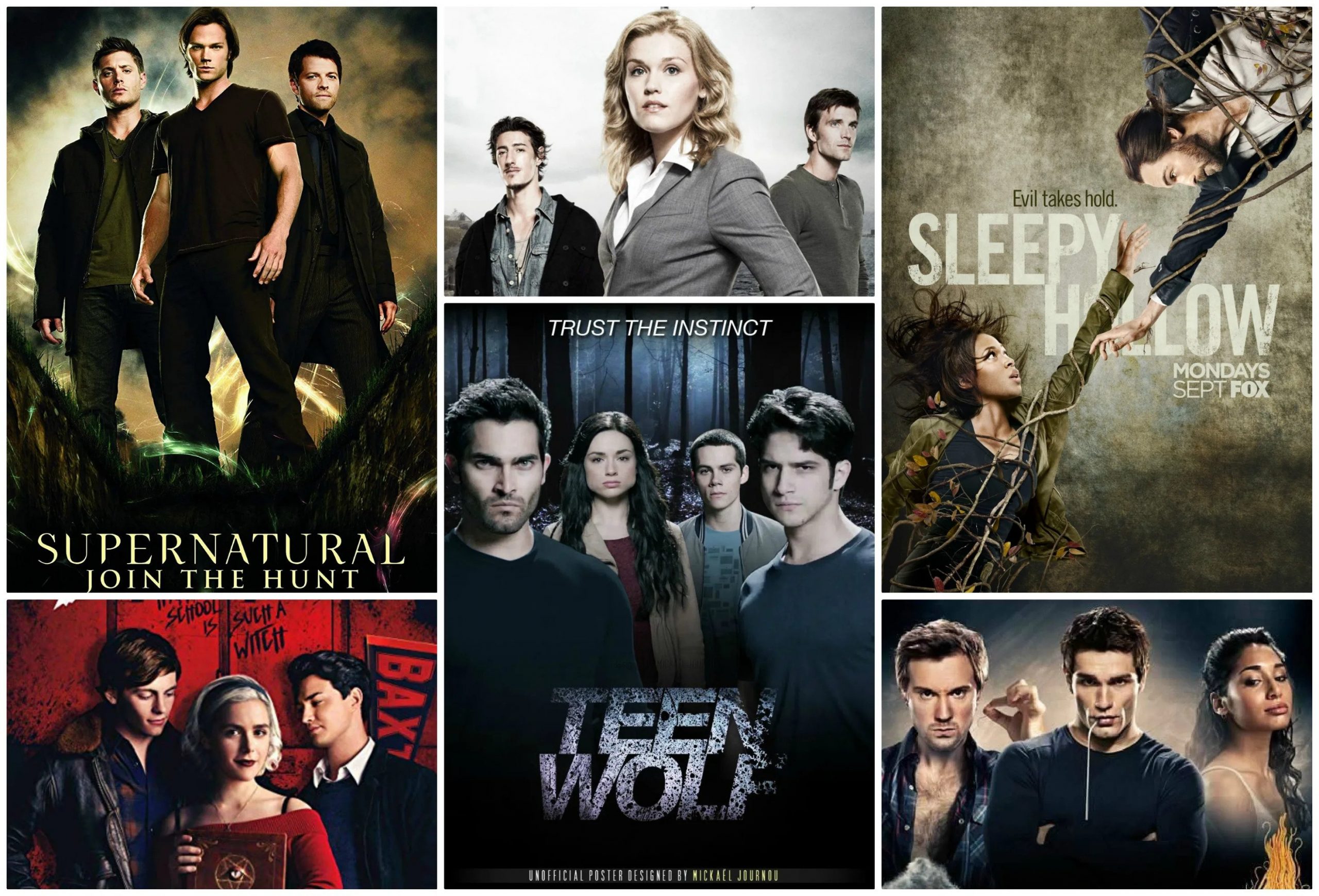 Supernatural! Well, sometimes watching normal shows is kinda boring. So when there are some supernatural beings in the show, it gets more interesting and more fun to watch. There are shows that include vampires, witches, werewolves, hunters, and a lot more out there in this category. Today I’m listing down the best supernatural tv shows for teens. Most of them are on Netflix.

These shows are not only about thrillers. It’s also about love, heartbreaks, and moving on’s. Are y’all interested? Let’s have a look at some of the best supernatural shows ever! Here we go!

It is a dark coming-of-age story that includes horror and witchcraft. As her 16th birthday nears, half-witch Sabrina must choose between the witch world of her family and hi the human world of her friends. Sabrina Spellman must reconcile her dual nature as a half-Witch, half-mortal while fighting the evil forces that threaten her, and it is based on the Archie comic.

Clary Fray is a normal teenager living in Brooklyn with her mother. On her birthday, she discovers that she comes from a long line of human-angel hybrids, called Shadowhunters. After her mother is kidnapped, Clary must team up with three Shadowhunters: Jace, Alec, and Isabelle. While living in this new world among creatures like vampires and werewolves, Clary’s best friend Simon helps her uncover answers that could help her find her mother.

An anthology series centering on different characters and locations, including a house with a murderous past, an insane asylum, a witch coven, a freak show circus, a haunted hotel, a possessed farmhouse, a cult, the apocalypse, and a slasher summer camp. (Actually, I haven’t watched it)

This is a spin-off of the originals. This series follows Hope Michaelson who is descended from some of the most powerful vampires, werewolves, and witch bloodlines, which makes her a tribrid. This 17-year-old Hope attends the Salvatore School for the Young and Gifted. This school teaches supernatural beings to control their abilities and impulses. Besides school, the students also learn about love and heartbreaks.

Lucifer, a demon, is so bored of Hell and then returns from hell to reside in Los Angeles and runs a club called LUX. After an incident, he meets Chloe Decker and wants to be a consultant to the LAPD. As the series goes by, he’s changing into someone who is completely opposite to the devil he is. I mean it’s so hard to judge this Lucifer.

Here, the storyline starts with the Salvatore vampire brothers who are returning to Mystic Falls. The reason for their return is young Elena, who looks exactly like their old manipulative vampire girlfriend Kathrine Pierce. As the story goes by, there are witches and werewolves are also among them. Apart from all the supernatural stuff, Elena should figure out who she’s actually in love with, is it, Stephen or Damon?

When Joyce’s 12-year-old son, Will, goes missing, she and the town’s police chief, Hopper, search for Will. As they search for answers, they unravel a series of extraordinary mysteries involving secret government experiments, supernatural forces, and a very unusual little girl. This girl called Eleven escapes from a laboratory and assists Will’s friends, Mike, Dustin, and Lucas, in their own efforts to find Will.

Scott and Stiles are running around the woods in search of a dead body, where Scott is attacked by an animal that turns out to be a werewolf. That werewolf bite turns Scott into a werewolf. Now Scott should face the full moon and the hunters who are hunting down the werewolves. P.S Scott’s girlfriend, Allison turns out to be one of the hunter’s daughters. This show doesn’t include vampires and witches but there are others like banshees and some other supernatural beings.

Number 2 on our list is The Originals, a spin-off of the Vampire Diaries.
The Originals family is the first created vampires on earth. As they’re returning to New Orleans, they have to face Marcel and his vampires to make New Orleans their home again. Unlike everyone, Klaus is a monstrous hybrid who’s a half-vampire and a half-werewolf and he’s having a miracle baby, His brother Elijah thought the baby is the best way to bring some good in Klaus. and the real question is what Klaus is gonna do with that baby?

according to ranker, this is the best supernatural tv shows for teens