How did Kylie Jenner become a billionaire? 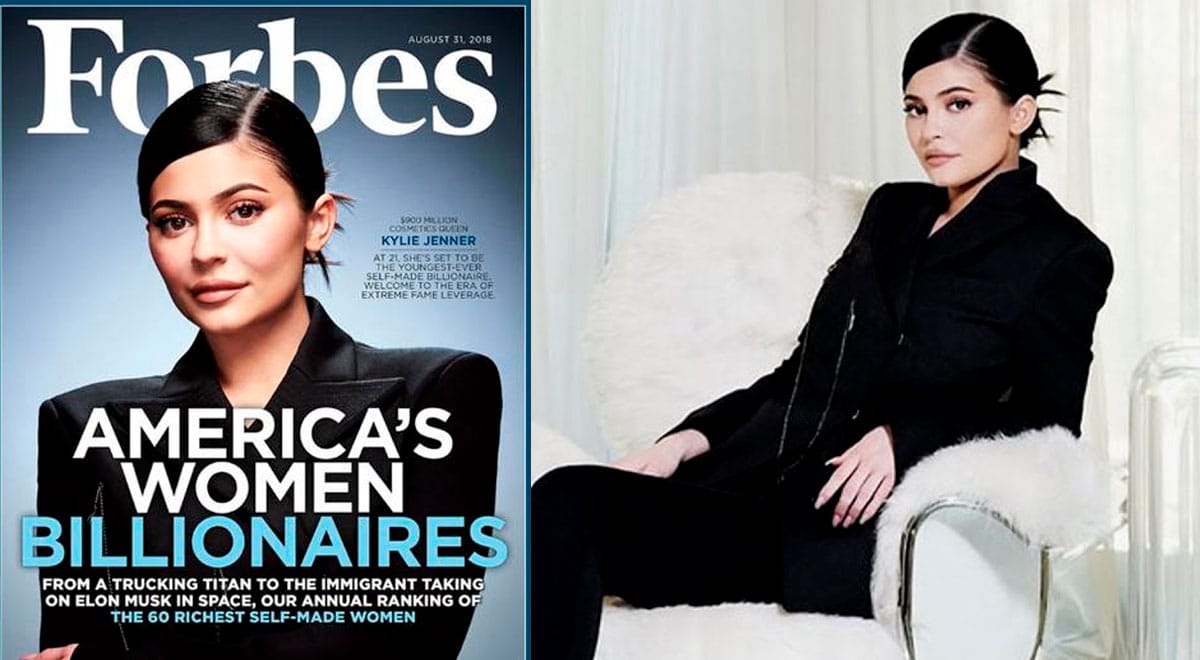 Bill and Melinda Gates divorce after 27 years of marriage

Jenner took the title from Facebook co-founder Mark Zuckerberg, who became a billionaire in 2008 at age 23, and Microsoft co-founder Bill Gates held it in 1987 at age 31.

Jenner’s latest boost in wealth comes primarily from Kylie Cosmetics, her makeup company, which Forbes now values at $900 million. Kylie Cosmetics, which is projected to rake in $1 billion in lifetime sales by 2022, signed an exclusive distribution deal with the retailer Ulta last summer that quickly boosted sales for Jenner’s company (Forbes says Kylie Cosmetics sold $54.5 million worth of products in Ulta stores over the first six weeks of the deal). Jenner says that she plans to work on the company “forever” and then pass it down to her daughter, Stormi, who recently celebrated her first birthday.

“I didn’t expect anything. I did not foresee the future,” Jenner tells Forbes of her business success. “But [the recognition] feels really good. That’s a nice pat on the back.”

Some critics on social media have taken issue with the description of Jenner as self-made because she was born into wealth and fame. (Details about Forbes’ methodology and criteria can be found here.) Either way, Jenner’s entrepreneurial efforts are impressive. She’s the most financially successful member of the Jenner-Kardashian family: Her older half-sister Kim Kardashian West has an estimated net worth of $350 million.

Aside from Kylie Cosmetics, Jenner earns money from her paid app, the “Kylie Jenner Official App,” as well as sales of merchandise from “The Kylie Shop,” two apparel lines with sister Kendall Jenner, a book series, TV programs including “Keeping Up With the Kardashians” and “Life of Kylie,” and other partnerships with retail brands like Adidas, Topshop and Quay Australia.

Jenner launched her beauty brand on November 30, 2015, with the $29 Kylie Lip Kit, a liquid lipstick with a matching lip pencil, which sold out in just minutes. Within 18 months, the company had made $420 million in sales. Her 2016 holiday collection release made nearly $19 million in one day. For comparison, Kardashian West’s first product launch from her new makeup brand KKW Beauty earned an estimated $14.4 million in sales.

In any event, Jenner says she isn’t too concerned about competition with Kardashian West, with whom she initially collaborated for Kylie Cosmetics, because they each reach a different demographic, she tells WWD. “She’s, like, almost 20 years older than me. I feel like my makeup is definitely more young, fun. And it’s just different,” Jenner says.

Jenner’s inspiration for her makeup brand came from her obsession with YouTube tutorials as a tween: “I turned to makeup to help me feel more confident,” she tells Forbes. At 17, two years before it officially launched, Jenner trademarked “Kylie Lip Kit.” Within six weeks of her first makeup release, her mom and manager Kris Jenner decided to partner with their current manufacturer, Seed Beauty.

The popularity of Jenner’s products also stems from the limited number of products she makes available for each launch, which usually sell out. There’s no truth to rumors that Seed Beauty and Kylie Cosmetics deliberately create the illusion of scarcity, Seed Beauty co-founder Laura Nelson told Vanity Fair, adding, “We are running the factory 24-7 to meet demand. It’s truly as much as we can make.”

Jenner told Complex Magazine in 2016, “I want to be as big as the other [cosmetic] brands.”

In 2018, Forbes, included Jenner on its list of America’s Richest Self-Made Women, when her net worth was estimated to be roughly $900 million. In 2017, Jenner was the youngest celebrity on the Forbes 100 — a list of the 100 top-paid celebrities in the world, including Chance The Rapper, Justin Bieber and Taylor Swift — having earned $41 million the year before.

She remains very connected to her family. As CEO, chief marketing officer and chief creative officer, Jenner owns 100 percent of Kylie Cosmetics, while Kris Jenner serves as the company’s chief financial officer. And when Jenner was named one of Time Magazine’s most influential teens of 2016, she told the publication that she has been most inspired by her older sister. Kardashian West is “so dedicated, she’s so smart, she’s such a businesswoman and she’s always doing something and thinking of new ideas,” Jenner said. “She has inspired me to have a great work ethic.”

“I really do feel like people don’t take me seriously as a business woman because of my age and my reputation,” Jenner said last year on “Life of Kylie.” “But I feel like they’re starting to. I like to prove people wrong.”