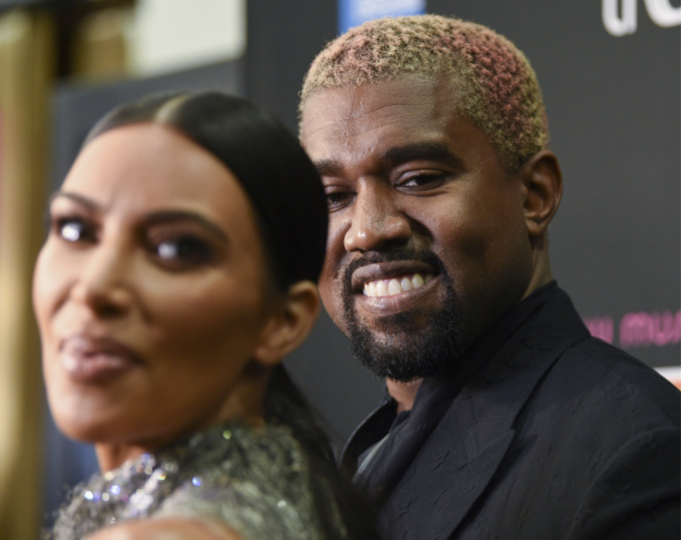 How did Kylie Jenner become a billionaire?

When it comes to fashion, Kim Kardashian has had quite the journey. From her early days of partying with Paris Hilton in eye-catching prints, to sitting front row at Paris Fashion Week in designer duds, her style has evolved tremendously over the years. And, as it turns out, her estranged husband Kanye West has played a major role in her transformation. It all started in 2012, when West famously overhauled Kardashian’s designer-filled closet during an episode of Keeping Up With the Kardashians. The couple had just gone public with their romance, but West wasn’t afraid to hold back in critiquing his girlfriend’s wardrobe. And thus began the great Kardashian closet purge, where she ditched over-the-top prints and accessories for a more subdued, timeless look. West’s influence also extended to her fashion choices in other ways, such as encouraging her to try new and different styles, and also pushing her to experiment with new designer brands.

Don’t believe us? Come along for the ride as we delve into the past and look into the many ways Kanye West has shaped Kim Kardashian’s fashion evolution over the years. From closet clean-outs to red carpet appearances, we’re breaking it all down for you. So sit back and get ready to see just how much influence West has had on the style of the fashion icon we all know and love.

He Designed Her SKIMS Logo

Kim Kardashian has credited her estranged husband Kanye West as a major influence behind her successful shapewear brand, SKIMS. Speaking in an interview with the New York Times, she described West as the “ghost creative director” of the company. The reality star explained that West’s input was invaluable to her, saying “It’s amazing to have someone you really respect and value their creative opinion.” West’s contributions to the brand were far-reaching, from designing the now-iconic bubble-shaped SKIMS logo, to assisting in the hiring of photographers, approving models, and selecting packaging.

Despite having their own distinct voices and separate brands, Kardashian emphasized that they work closely together in every decision and detail they make. They both respectfully let each other have their own voices and their own brands but they are very much together in every last decision and detail that they make. This collaboration has led to the success of SKIMS, which quickly became a household name in the world of shapewear.

He Introduced Her to the Met Gala

The Keeping Up with the Kardashians star has become a regular on the Met Gala red carpet, but her first introduction to the high-fashion spectacle came in 2013 when Kanye brought her as his plus one.

“I was Kanye’s plus one & so nervous! I didn’t know anyone & I’m sure no one wanted me there lol. I did my own lipstick & the color is so off. I went home & cried after of insecurity but this is one of my fave looks now,” Kim said on Twitter six years later.

He Helped Her Sisters Break Into Fashion

Kanye West’s influence on the fashion choices of the Kardashian-Jenner clan extends beyond just Kim. He also played a role in shaping the styles of her younger sisters, Kendall and Kylie Jenner. In early 2015, Kylie had the opportunity to debut Kanye’s Yeezy brand at the Season 1 fashion show. As the Yeezy brand grew, Kylie’s involvement in the fashion show also increased, by Season 4 Kylie was attending as a guest. But the show wasn’t just about Kanye, as the end of the show Kim, Kylie, and Kendall hit the runway to model their own Yeezy looks. It was a family affair, and it was clear that Kanye had played a significant role in not just Kim’s fashion evolution but also her sisters. This further demonstrates how much influence Kanye West has had on the fashion choices of the Kardashian-Jenner family.

She Became Close with His Photographer Friends

Kim started working with many of Kanye’s close photographer friends like Mert & Marcus, who famously shot her nude for their photography book, and Vanessa Beecroft. Beecroft first began working with the Yeezy designer in 2008, doing everything from art directing his music videos to stage designing his Yeezus tour. Now, she’s Kim’s go-to photographer for all her SKIMS campaign photoshoots.

She Always Wants His Feedback

Kim Kardashian credited her estranged husband Kanye West for making her fashion journey a lot easier. In an interview with PEOPLE in September 2018, she admitted that Kanye and his Yeezy team played a big role in putting together her outfits. “I literally just wear all of the Yeezy samples,” she said. With a team of stylists at his disposal, West made it easy for Kardashian to have a constantly evolving and fashionable wardrobe. She also mentioned that she is inspired by Kanye and his team and listens to their advice on what to wear. With Kanye’s help, dressing up became an easy task for her.

He Made Over Her Closet Early in Their Relationship…

When Kim and Kanye first started dating, the Yeezy designer convinced Kim it was time to purge the pattern-heavy, colorful pieces from her closet to create a more refined aesthetic. “He is giving me a full clothing makeover,” Kim said on Keeping Up with the Kardashians. “Kanye’s definitely inspired me to be a little bit more of an individual. I think my style is just evolving and changing and I think it should.”

But tossing out her old clothing didn’t come as easily as Kim had hoped. “Is it so bad to keep things?” she asked Kanye. “Babe, you gotta really clean out everything,” he replied. (And yes, she said later, she cried.)

…and Encouraged Her to Embrace Minimalism

Kim used to favor piling on tons of big accessories during her early days of fame, but that changed quickly after getting close with Kanye.

“Before, I used to always think more is more and I used to accessorize and wear bracelets and earrings and necklaces. I used to do it all,” she said. “Now I definitely understand how much cooler it is just to be a little bit simpler.”

He Introduced Her to Big Time Designers

Kanye West played a key role in enhancing Kim Kardashian’s fashion style by introducing her to designers he had built relationships with from prestigious fashion brands such as Givenchy and Balmain. These connections have allowed Kim to establish herself as a regular front-row attendee at their fashion shows, and she has also developed her own friendships with notable designers in the industry. Thanks to Kanye’s support, Kim’s fashion sense has grown and she is now considered one of the fashion icons in the industry and has her own personal relationship with many designers.

“Kanye is a friend for seven years,” Riccardo Tisci, former Givenchy creative director (who designed Kim’s custom Givenchy wedding gown) said. “So when he called me up and said, ‘I’m dating a girl; I want you to meet her,’ I jumped. She’s intelligent, sweet, beautiful. She’s the girlfriend of my friend. I’m not into judgment. She started coming to my shows, and some people criticized me. But I love Kanye and now I love Kim, and I didn’t care what people thought.”

He Got Her Hooked On Yeezys

High-heel fanatic Kim converted to sneakers for Kanye’s in-demand Adidas Yeezy Boost kicks, wearing them everywhere since the moment the first style dropped. She even has their 2-year-old son Saint West modeing pairs of the sneakers on social media.

He Helped Her Find Fashion Inspiration

Before Kanye, Kim admitted she didn’t know where to turn when it came to finding style inspo. But even before the two were officially a couple, Kanye was dying to help Kim become a bonafide fashion icon.

“Before my husband and I started dating, he brought me [former Vogue Paris editor] Carine Roitfeld’s coffee table book and was like, ‘You should be studying this book, this is like the fashion bible,'” Kim told CNN.

Thanks to his thoughtful gift, Kim has honed her aesthetic with help from the Internet. ” I looks at Instagram and see what people are posting. I love to follow fashion bloggers, I love getting inspiration from the runway. I get inspiration all over the place.”

She Was a Walking Yeezy Season Six Ad

In lieu of hosting a traditional fashion show like he had for previous seasons, Kanye took advantage of his wife’s street style fame. The result? Kim parading around the streets of Calabasas sporting nine Yeezy season six outfits in one day.

“For each look, I wanted to stick with neutral vibes,” she said on her website and app. On Twitter, Kim added: “Thank you Carine Roitfeld for styling Season 6. And I love Calabasas for being my runway.”

When it comes to Kim’s growing KKW Beauty empire, the star doesn’t turn to her husband like she does with fashion. “No. That’s totally an area he doesn’t know much about,” she told E!. “But he’s so proud of me.”