What’s the deal with Marvel’s Eternals? 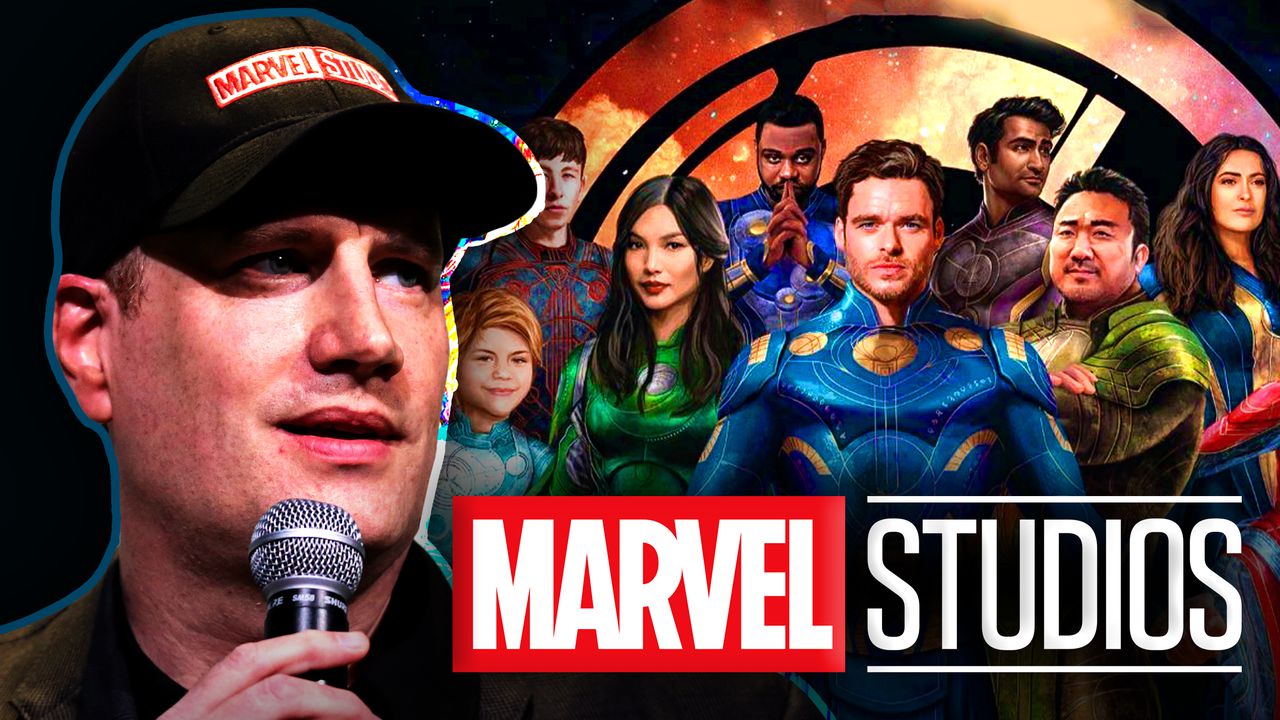 The Marvel Cinematic Universe is coming back strong in the latter half of 2021 with Black Widow, Shang-Chi and the Legend of the Ten Rings, Spider-Man: No Way Home and — drumroll, please — Eternals. The debut of this alien superteam movie was pushed back a year due to the pandemic, but the first Eternals trailer landed on May 24 and revealed that they’ve been secretly living on Earth for a very long time indeed.

The movie is directed by Chloé Zhao, who just won a pair of Oscars for her film Nomadland, and is written by cousins Matthew and Ryan Firpo. Eternals is set for release on Nov. 5.

Who exactly are Marvel’s Eternals?

They’re the next superpowered group to join the MCU. Marvel Studios has assembled an incredible cast — including Angelina Jolie, Kit Harington and super-buff Wolverine cosplayer Kumail Nanjiani — to fill out the team.

The official synopsis describes the Eternals as “ancient aliens who have been living on Earth in secret for thousands of years.”

“Following the events of Avengers: Endgame, an unexpected tragedy forces them out of the shadows to reunite against mankind’s most ancient enemy, The Deviants,” it reads.

After the trailer dropped, fans wondered how the Eternals could remain in hiding through the various catastrophes that have befallen MCU Earth, spawning some delightful memes on social media.

The movie’s first poster appeared on May 24, too, and gives off some serious sci-fi vibes.

The character descriptions are from Marvel’s official synopsis — poor Dane Whitman is apparently too boring for any hype. However, he becomes sword-wielding hero Black Knight in the comics, so maybe the company is just keeping that quiet.

The movie will reunite Harington and Madden, who played Jon Snow and Robb Stark in Game of Thrones.

“It never crossed my mind to be in a Marvel movie. I guess that I thought that boat had sailed, and it was an absolute shock,” Salma Hayek said in a May 2021 interview with Variety. She also told the publication that she was one of the first ones cast for the movie.

Gemma Chan was previously seen in the MCU as Captain Marvel’s Minn-Erva, but Sersi is a separate character. She said working on Eternals was a very different experience than on Captain Marvel, which employed more studio work and blue screen. Eternals was filmed in the Canary Islands and England, so it uses real environments and mostly natural lighting, as previously reported by IDMbrief.

In December 2019, Nanjiani revealed the fruits of his training — and the intense regime required to maintain it — to play swordsman Kingo in some super-buff Instagram shots. (He famously used that new physique to pose as Wolverine (replacing Hugh Jackman) and other iconic movie characters for a Men’s Health March 2020 photoshoot.)

“I would not have been able to do this if I didn’t have a full year with the best trainers and nutritionists paid for by the biggest studio in the world,” he wrote in his original Instagram caption. “I’m glad I look like this, but I also understand why I never did before. It would have been impossible without these resources and time.”

Eternals will offer two major firsts for the MCU: Brian Tyree Henry, from Godzilla vs Kong, plays Phaistos  — the first openly gay superhero in the MCU. And Lauren Ridloff, whom you might know as Connie in The Walking Dead, will be the MCU’s first deaf superhero. Her character, Makkari, is male in the comics.

But what even is an Eternal, you ask? You’ve already met one: Thanos. The big, purple mass murderer was center stage in Avengers: Infinity War and took on a whole bunch of heroes in Endgame. His temporary success in ending overpopulation by wiping out half of the galaxy is apparently the reason for the Eternals reuniting in the MCU.

Like Captain Marvel and Guardians of the Galaxy, this movie focuses on Marvel’s cosmic comic characters.

Thanos may be the only Eternal we’ve seen on screen, but Eternals have a comic history that stretches back to 1976. They were dreamed up by Jack Kirby, co-creator of the Avengers, the Fantastic Four and the X-Men, after he created the very similar New Gods for DC six years earlier.

In the comics, they’re an evolutionary offshoot of humanity living on Earth who possess greater powers and have longer lifespans. The Celestials, a group of space gods, created them to defend Earth. The current series, from writer Kieron Gillen and artist Esad Ribić, kicked off in January 2021.

We’ve already seen a few Celestials in the Guardians of the Galaxy movies — most notably the space station Knowhere (actually a Celestial’s severed head) and Peter Quill’s dad, Ego, (who took a human form) in the second Guardians flick.