Who The Heck Is This ‘Hasbullah’ & Why Is He All Over Our Social Media Feeds? 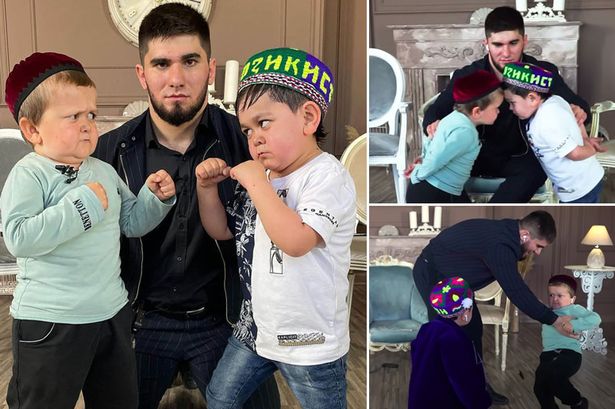 If you haven’t been living under a rock, you must have seen this ‘kid’s’ videos on your social media feed.

Hasbulla Magomedov, an 18-year-old Russian blogger, is living in Makhachkala, Russia. He was nicknamed ‘Mini Khabib,’ inspired by former UFC lightweight champion Khabib Nurmagomedov. The TikTok sensation gained his moniker following a series of humorous videos in which he pretended to fight toddlers.

Hasbulla Magomedov claims that he started posting TikTok videos for fun. People on the street soon recognized him, and he realized he had followers.

While UFC fans have enjoyed ‘Mini Khabib’s’ comedic posts, it appears he’s not interested in sticking around as a blogger for too long. In an interview with Russian media, Magomedov revealed that he intends to become a theologian one day.

The guy has over 240k followers on Instagram and there are several fan pages that post his videos online.

Recently, we have been seeing a lot of his videos after a fight between him and another teenager with similar condition got sanctioned. While the contest has been condemned by people and sports authorities, Hasbulla’s videos are already all over social media.