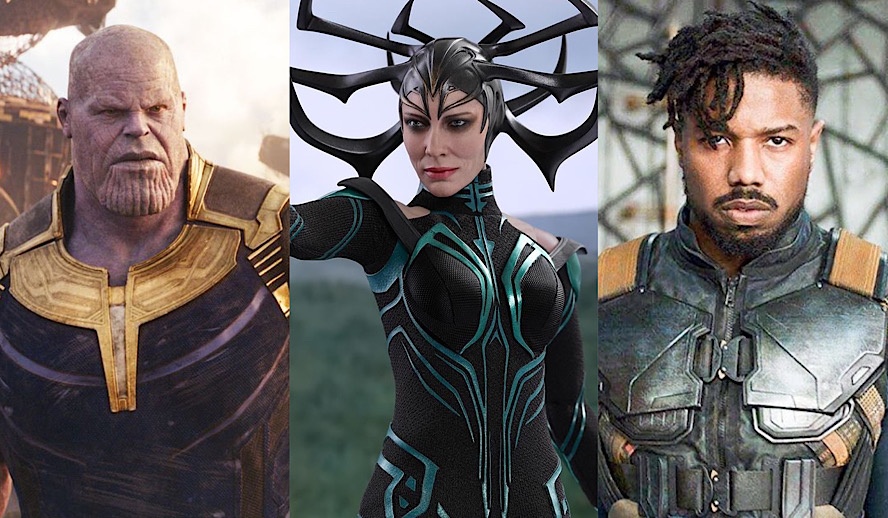 The MCU has been an unprecedented success, the kind never before seen in Hollywood. Thirteen years, 25 films, almost all critically acclaimed, box office hits. And yet, if they have a flaw, it’s that their villains aren’t always the most memorable. However, there are diamonds in the rough among the Marvel bad guys, and maybe some of these villains have been underappreciated. So let’s countdown the MCU’s bad guys, from worst to best, and see where they all rank in the halls of villainy.

Like Vulture and Zemo, Alexander Pierce is a relatively understated villain. But he’s got gravitas because he’s played by Robert Freakin’ Redford, and he raises some genuinely complicated questions about security versus freedom. Well, at least until it’s revealed that he’s been a Hydra agent all along, and therefore unambiguously evil. Oh well

Red Skull is a really good representation of another annoying MCU villain trend: squandered promise. He’s played by Hugo Weaving and based on a popular comic book character, so he seems like he should be amazing. But onscreen, he comes across as just another generic nemesis.

Ulysses Klaue is a villain who died before he really got to live. Mostly in the sense that it would’ve been wild to see Andy Serkis’s take on the comics, but Klaue served his purpose in the MCU’s ongoing story. It’s Klaue who smuggled Vibranium out of Wakanda, a singular act that directly leads to Killmonger’s plot to establish Wakanda as a fearsome ruling superpower. Without that Vibranium, where would Ultron’s consciousness end up after he escaped Tony’s computer system? It’s impossible to know what the MCU would look like without Klaue’s impact, and that’s what makes him one of the saga’s essential villains.

Talk about villains grounded in painful reality. Kurt Russell is perfect as Ego, the personification of every dashing deadbeat who’s ever refused to let minor details like “a child” stand in the way of his grand ambitions. It’s just that his grand ambitions involve remaking the entire galaxy.

Bucky is only a true villain in Winter Soldier, and then just because he’s been brainwashed by Hydra. Maybe that’s a shame because it turns out he’s pretty good at being bad. He’s all ruthless efficiency and controlled intensity, but his real secret weapon as a supervillain is his tragic backstory.

A sort of sentient robot son to Tony Stark, Ultron sounds cooler in theory than he actually is in execution. But he is voiced by James Spader in mustache-twirling villain mode, and he’s the kind of unapologetic drama queen who insists on having his own throne. That’s nothing.

Odin’s firstborn and the goddess of death, Hela is a formidable foe for Thor. She breaks Mjolnir! She kills the Warriors Three with her knife-y powers! She’s played by Cate Blanchett! Even though Hela is sidelined for much of Thor: Ragnarok, Blanchett imbues her with delightfully chilling villainy. Also, her outfit is among the best villain outfits in the MCU – talk about being dressed to kill.

On paper, Mysterio looks like a pedestrian amalgam of Vulture, Justin Hammer, and Aldrich Killian — but the formula doesn’t account for Jake Gyllenhaal chewing the absolute heck out of this role. In Mysterio, Gyllenhaal finds layers of sincerity (with Peter), egomania (with his team) and outright unhinged madness that is nothing short of delightful to behold. How did Tony Stark ever overlook this guy?

Grandmaster (Jeff Goldblum) may not be Thor: Ragnarok’s main villain, but the hedonistic leader of Sakaar more than steals the show. Everything from his sparkly blue makeup to his funky piano jam sessions oozes funky, offbeat charisma – even when he’s forcing unwilling fighters to battle his champion to the death. Arguably the most fun Marvel villain, thanks in no small part to Goldblum doing what he does best, Grandmaster is just a blast to watch.

In contrast to the colorful, power-mad personalities we’ve come to expect from comic book movies, Zemo is a quiet, unassuming man driven by grief. Best of all, the guy’s kind of got a point when he points out that the Avengers are responsible for a lot of collateral damage.

Vulture is a basically normal dude grappling with the fact that he lives in a superpowered world — but unlike our heroes, Adrian Toomes isn’t inspired by example to become one of the good guys. He channels that rage into a successful black-market enterprise selling alien weaponry, but what’s fascinating about Adrian is there’s much more to him than a supervillain. He doesn’t seem to be playing a role in the way that, say, Obadiah Stane was only pretending to be Tony’s friend so he could stab him in the back later. Adrian really is a family man and he really is an illegal arms dealer. He contains multitudes, and Homecoming doesn’t shy away from it.

There’s a reason Loki is the rare baddie to stick around for more than one movie (and a whole TV show). He’s the only MCU supervillain who’s as fully developed as the MCU superheroes – and with his sad tale of familial angst, he’s almost as sympathetic. Plus, Tom Hiddleston gives Loki a slippery, smirky charisma that’s hard to resist. You listen to one of his faux-Shakespearean monologues and tell me you’re not tempted to cross over to the dark side.

3. Wenwu (Shang-Chi and the Legend of the Ten Rings)

Leave it to Hong Kong cinema icon Tony Leung to show up twenty-five movies into the MCU and proceed to wipe the floor with almost every other villain the franchise has come up with. Wenwu is a fascinating villain because he’s a bad guy who isn’t always a bad person, and the real tragedy of Shang-Chi is knowing Wenwu is mourning more than the loss of his wife — he’s mourning the lost possibility of his own redemption. Also, he’s a Marvel villain who keeps another Marvel villain as a human pet. That’s god-tier villainy right there.

Hot off the heels of Vulture revolutionizing MCU villainy came Michael B. Jordan’s legendary turn in Black Panther. Eric is everything T’Challa isn’t; Vengeful, embittered, and deeply isolated. His methods might be villainous, but his message is compelling. Growing up in Oakland, far from the promise of Wakanda, he mourns generations of injustice Black people have experienced around the world, seething with envy at T’Challa and his supposedly charmed life. Killmonger’s pain stays with us long after the credits roll on Black Panther, as does his chilling final line.

The threat of Thanos lingered in the background of the MCU for years as the Mad Titan journeyed to find each of the six Infinity Stones. What could/would this galactic ghoul want with the Stones, you might ask? Well, he sought to save a life… from itself. Knowing firsthand the dangers of overpopulation, waste, and greed, Thanos, and his many lethal “children,” were determined to cull the universe and eliminate half of all life. As quick as a snap.

And he did it. Mercifully (if you ask him), half of all life was erased from the cosmos. It took the Avengers, a Time Heist, and Doctor Strange’s one-in-14 million outcomes to win the day and return everyone back to existence. But not before our heroes had to face down a past version of Thanos who, thanks to the Avengers meddling with time, now knew erasing half of all life wasn’t enough.

Thanos was the savage storm on the horizon. The callous calamity that arrived and shattered the entire universe. And it took the full force of Earth, and even those beyond, to take him down… twice. His actions continue to be felt in the MCU to this day.

Who is the strongest villain in MCU?

Who is the strongest villain in Marvel Besides Thanos?

who are the top 10 Marvel Villains in the MCU?