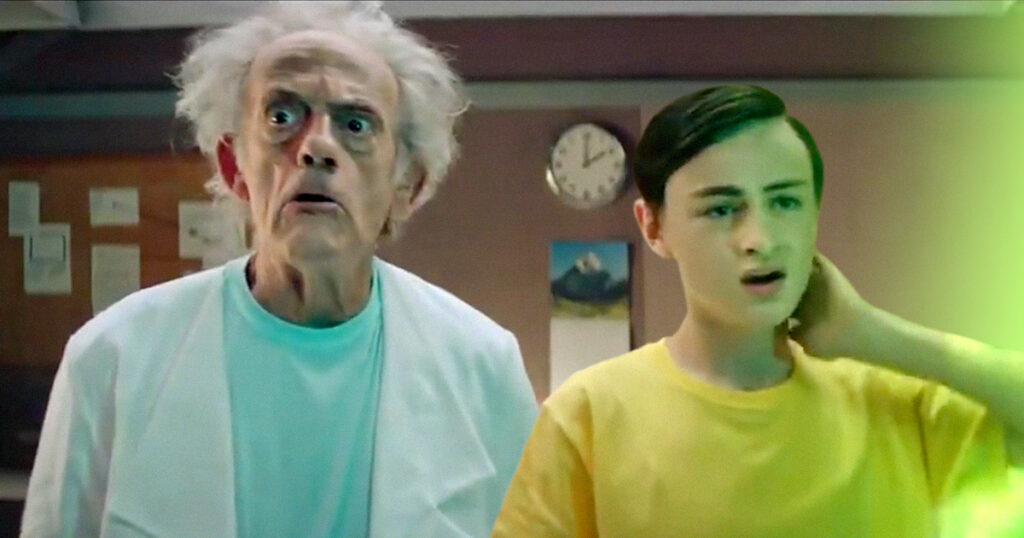 To think of Rick and Morty as simply a bawdy, nihilistic riff on ‘80s time travel classic Back to the Future is to minimize the thought and effort the series creators have put into the series. What they’ve made is a surprisingly thoughtful reflection on free will, depression, and finding one’s place in the multiverse. To be fair, though, Rick and Morty is definitely also a big riff on Back to the Future, and the show doesn’t try to deny it

Rick and Morty’s love for Robert Zemeckis’ franchise has always been evident even as it’s progressively made clear over the course of its five seasons that it’s trying to tell very different sorts of stories. While a proper crossover between the animated series and the sci-fi film is something fans have wanted for a while, the two have gotten so far away from one another thematically that a team-up hasn’t seemed like the sort of thing their respective production companies would be interested in. But, apropos of it being Friday (and Adult Swim’s 20th anniversary), Rick and Morty’s creative team’s just dropped the next best thing.

The new live-action Rick and Morty clip posted to Adult Swim’s account today is short but stars Christopher Lloyd as Rick Sanchez and Jaeden Martell as Morty Smith in a pitch-perfect scene. There’s nothing all that much going on in the clip itself, but the “C-132″ reality designation included in Adult Swim’s tweet is a reference to the first two volumes of Oni Press’ Rick and Morty comic. The Rick and Morty of the C-132 are generally similar to their C-137 (the “main” Rick and Morty) counterparts save for certain details like Morty C-132 not having a son, and Rick C-132 not putting much faith in time travel.