An Overview of Depression 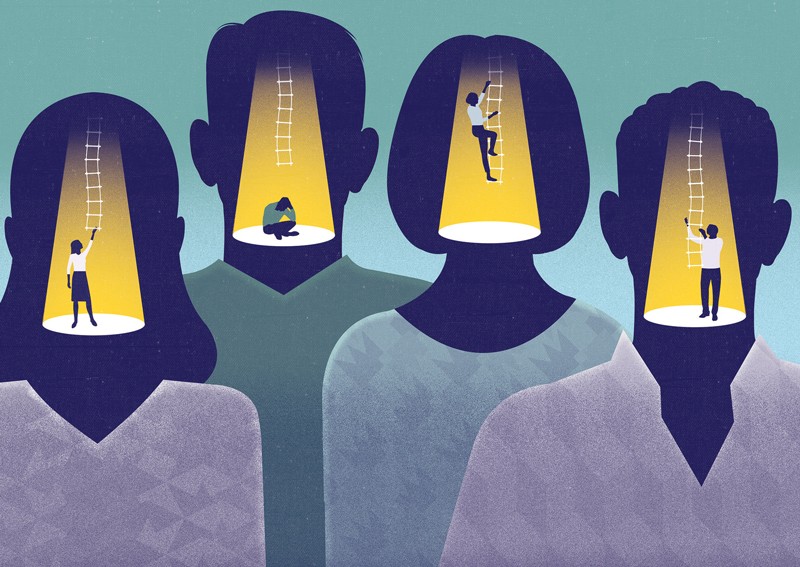 10 Psychology Books Everyone Should Read

Not all heroes wear capes they wear masks

Sometimes physical problems can cause depression. But other times, symptoms of depression are part of a more complex psychiatric problem. There are several different types or subtypes of depression, including:

An individual with major depression, or major depressive disorder, feels a profound and constant sense of hopelessness and despair.

Major depression is marked by a combination of symptoms that interfere with the person’s ability to work, study, sleep, eat, and enjoy once pleasurable activities. Major depression may occur only once but more commonly occurs several times in a lifetime.

What Are the Symptoms of Major Depression?

Symptoms of depression include:

How Is Psychotic Depression Different Than Other Mental Disorders?

While people with other mental disorders, like schizophrenia, also experience psychotic symptoms (delusions and hallucinations), people with psychotic depression typically have symptoms that reflect irrational levels of despair and negativism, such as profound feelings of hopelessness, being punished, or having committed a sin. People also may be ashamed or embarrassed and try to hide their psychotic symptoms, or minimize their intensity, which can make diagnosing this condition difficult. In psychotic depression, delusions and hallucinations also are not present unless a depressive syndrome also is present.

What Are the Symptoms of Psychotic Depression?

Dysthymia, sometimes referred to as persistent depressive disorder, is a less severe form of depression but the depression symptoms linger for a long period of time, typically years. Those who suffer from dysthymia are usually able to function normally, but seem consistently unhappy.

It is common for a person with dysthymia to also develop superimposed periods of major depression, which then lessen without fully going away. This is called “double depression.”

What Are the Symptoms of Dysthymia?

Symptoms of dysthymia include:

Dysthymia differs from major depression in that dysthymia involves fewer of the above symptoms than occurs in major depression. To be diagnosed with dysthymia, symptoms must persist for at least two years in adults or one year in children or adolescents.

What Are the Symptoms of Depressive Disorder with Seasonal Pattern?

People who suffer from depressive disorder with seasonal pattern have the symptoms of a major depressive episode. These can include sadness, irritability, loss of interest in their usual activities, withdrawal from social activities, and inability to concentrate. But some symptoms of a winter pattern may be more likely to occur than in a summer pattern.

Symptoms of depression with a winter pattern may include the seasonal occurrence of:

Symptoms of depression with a summer pattern may include the seasonal occurrence of:

There is not just one cause of depression. It is a complex disease that can occur as a result of a multitude of different factors, including biology and emotional and environmental factors. For people biologically vulnerable to depression, it may sometimes start with a significant life event, such as the loss of a loved one or a change in one’s life or after being diagnosed with a serious disease. For others, depression may just occur for no apparent “reason.” In fact, there does not need to be any apparent “reason” for the symptoms of depression to occur in people who are vulnerable to the illness.

How Is Depression Diagnosed?

The diagnosis of depression often begins with a medical and psychiatric history and possibly also a physical exam by a health care provider. Screening and treatment can be managed by a primary care doctor or mental health professional. Although there are no laboratory tests to specifically diagnose depression, the health care provider may use various tests to look for other medical conditions as the cause of the symptoms. If another medical condition is ruled out, your health care provider may begin treatment with medication for depression or may refer you to a psychiatrist or psychologist for evaluation.

Diagnosis is based on the intensity and duration of symptoms — including any problems with functioning caused by the symptoms.

How Is Depression Treated?

Sometimes, certain atypical antipsychotic medicines or other drugs (such as lithium or other mood stabilizers) may be used in combination with antidepressants, when antidepressants alone are not fully effective at treating depression.

Electroconvulsive therapy, also called ECT, an intranasal ketamine spray, or transcranial magnetic stimulation (TMS) therapy, may all be used when highly severe depression is disabling and unresponsive to other forms of therapy.

What Is the Outlook for People With Depression?

The outlook for depressed people who seek treatment is very promising. By working with a qualified and experienced mental health care professional, you can regain control of your life.